Craig is an ex Australian international (Socceroo), who played in the English Premier League (Crystal Palace and Newcastle United), Scottish League (Rangers Football Club), Bundesliga in Germany (Borussia Monchengladbach) and Australia’s A-League (Brisbane Roar). He also played in the Champions League and World Cup and was Captain of clubs and country throughout his professional career. In addition, Craig has spent time as a mentor and scout at the Football Federation of Australia, as Sporting Director of the Brisbane Roar (Australian A-League Club) and Commentator and Analysis for SBS TV at the World Cup 2018.

Craig is an experienced, revered, and forward-thinking football strategist who can support pathway opportunities for talent and share significant knowledge and experience at the clinics. 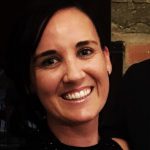 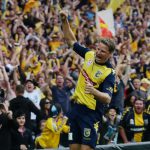