Ex-professional footballer, Robert Maaskant has his UEFA Pro Coaching Licence and is the current Technical Director of Almere City, a team competing in the second tier, ‘Eerste Divisie’ competition in the Netherlands.

In addition to his work at Almere City, Robert is a Football Analyst on a radio station in the Netherlands, as well as Fox Sports. He is also Director of a franchised company providing work for recruited students.

Robert brings a wealth of experience as World Soccer Partners’ Ambassador and is enthusiastic to be impart knowledge and opportunities to talent and those eager to learn. 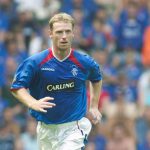