Wilfred has a current UEFA-A Coaching Licence, and is the current Under 17s Assistant Coach at PSV Eindhoven’s Youth Academy. As part of his role at PSV, he also supports individual player development, guiding players not only on but also off the pitch.

Wilfred is also an Ambassador for World Soccer Partners. Wilfred is a former Dutch international, who played professionally in over 400 games for Eredivisie Clubs, PSV Eindhoven and Fortuna Sittard, and for Aston Villa in the English Premier League. He was a technically refined left back or centre back, known for his hard working nature, defensive positioning and tackling ability.

Wilfred brings significant football experience, both as a player and coach. His passion is to mentor players and support them to reach their highest potential. 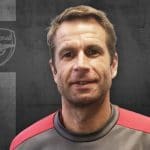